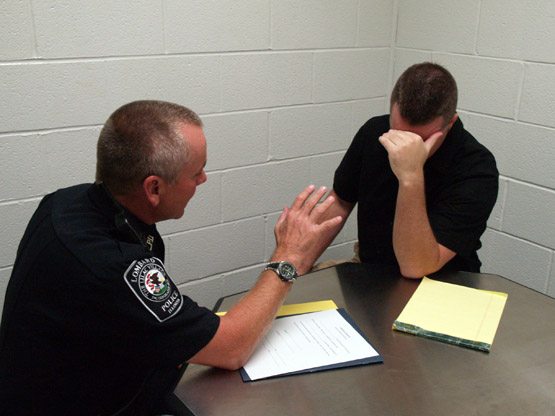 Imagine the following scenario: Its late at night. You have been arrested for a crime, and the police are about to interview you. They have placed you in an interview room on your own and they are about to come and talk to you.

Many clients that we have helped have been in this exact situation.  It can be a scary prospect for anyone, especially if you have never gone through this experience before. At Capulli Law, we believe that it is a good idea that everyone knows exactly what will happen to even the playing field because, as will be seen, the police do not like to play fair.

Before we can talk about the actual police interview, it is important to state that everyone has what is known as the right to silence.  Essentially, this means that a person does not have to speak to a police officer or other person in authority. It flows from the basic presumption that all individuals are presumed innocent until proven guilty. However, if a person does decide to waive this right to silence, they must not lie to the police or they can be charged with obstruction of justice, obstructing a police officer, or even public mischief. At Capulli Law, we strongly believe that all people who are being interviewed by the police should exercise their right to silence. Even if there is a valid explanation, there is time and place for that. It is very risky to offer an explanation at the early stage of a police investigation.

Even though a person in police custody may exercise their right to silence, police do not need to listen to it. Even if you repeatedly state that you do not wish to speak, the police can still bombard you with questions. The case of R v Singh is an excellent example of what police are permitted to do. They will try to wear you down by asking repetitive questions and deprive you of sleep and food.  They will stop at almost nothing to get incriminating evidence from you and they have a high rate of success.

During an interview, Police do not even need to be truthful with you. The Police are under no legal obligation to be truthful, and they can even outright lie! This is something that many of our clients cannot believe is true. The Police during an interview can fabricate evidence that they will tell you that they have collected against you. Some of these fabrications that the Police may put to you can be the existence of DNA evidence or even a confession from a friend.

It cannot be stressed enough that anyone in police custody is there for a reason. The police believe that they have done something and they will try to gain valuable evidence to prove their case. This is why it is important for everyone to know that you don’t need to speak to police.  It is in your best interest to keep quiet EVEN if you didn’t do what they are saying. There will be a time and a place to prove your innocence and at the police station is never the right time

The criminal lawyers at Capulli Law know what the police can do.  If you find yourself in police custody awaiting the dreaded police interview, exercise your right to call your counsel and give our lawyers a call. We are here to help.